I have been asked to wax poetic on the proposed name of this blog. I advised Jen of how I tend to rant and ramble on any subject…and she had no qualms about my nature. So…Is “Choirtap” an appropriate name for this blog?

I think before we answer that, we should stop to reflect on what the word ‘tap’ means in everyday 21st century vernacular. I’ll leave the word choir to those more musically educated then myself. As such, I’ll concentrate on tap.

For me, the word tap is polarized in a major way by its use in the movie Happy Gilmore when Happy was being schooled on how to putt. “Just tap it in. Tap it in. Tap tap tappy….tapperooo.” I am trying to remember if that scene was before or after Happy received a golden hockey stick to use as a putter. Also, later in the film, Happy and Bob Barker tap each other with great affection.

TAP is also the ticker symbol on the NYSE for the brewing conglomerate Molson-Coors, which is applicable to the drinking fraternity I was a member of in college called TKP—Tappa Kegga Pilsner. Of course, it was easy to do in Cincinnati since it had a huge German population.  Hence, there were many keg bars throughout the metropolitan area, and many brain cells were sacrificed.

Along the same thread, a tap is what is inserted into the bunghole of a wooden barrel holding beer, wine, or other distilled spirit (insert Beavis and Butthead laugh track here).

T.A.P. is “Threat Assessment Process,” which is taught to military strategists and leaders.

When wanting to get someone’s attention, we sometimes tap him or her on the shoulder.

Tap can also refer to a percussive sound, which may be represented from time to time in some of the more modernistic music performed by the Phoenix Chorale.

On a personal note, my typing skills are limited to two digits and make a very loud tapping or percussive sound when I am working on the computer, which is why I have had a solid core door and soundboard installed in my office at work.

On the other side of the world, TAP is short for an environmental group called “Tasmanians Against the Pulpmill.” I have visions of the cartoon version of the Tasmanian Devil spinning through the mill in defiance of some unknown faceless giant corporate entity. 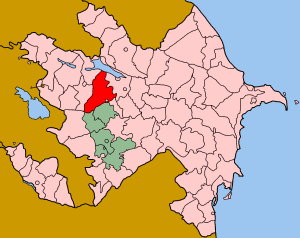 Tap is the metal piece inserted into a maple tree to produce the liquid used in the process of refining maple syrup. How many of you knew that this was one of the major sources of sugar for many generations in rural America?

To continue on with the international flavor of the word tap, Tap is also a village in the Goranboy Rayon region of Azerbaijan and the name of a village in Hungary.

Fisher Price makes a toy called Tappy the Turtle that retails for $24.95.

I remember deer hunting (bow and arrow) years ago in northwest Pennsylvania.  I was in a very secluded tree blind when a small herd of does wandered right below me and was close enough that I was able to reach down and ‘tap’ one on the shoulder with my bow.  It leapt up in the air at eye level with me, while doing its best imitation of spinning cartoon legs. Its next stop was Buffalo, NY…or Pittsburgh.

On a more musical note, TAP was also short for “The Amazing Pudding,” which was a magazine about Pink Floyd. (Just another brick in the wall…all in all.)

In manufacturing, the tapping process is part of the tool & die process in which screw heads are cut into a solid material. If I had it all to do over again, I’d have learned that trade; a skilled tool & die maker can earn easily in excess of $100K a year in a virtually recession-proof job.

Tap dance. I cannot believe that I am admitting that I took tap lessons as a kid. Tap is also a movie starring Gregory Hines.

Tap is something that is done when someone wants to listen in on a phone conversation. Sometimes you can hear a slight beep, which signals you are being recorded or listened. Other times, tap is a slight crackle of static or short periods when no sound is audible. How Orwellian.

Back to the international instances of tap. TAP stands for Trans-Adriatic Pipeline, which I recall was being built when I was sunbathing along the Adriatic in 1972. I was the only American there at the time and was amazed at just how much armpit hair those crazy Yugoslavian women really had.

Tap is also a device that dispenses liquids in a variety of ways from your standard sink to your keg of beer. The Tap is embedded deeply into our lives. Nothing better then heading to a place that has the sign: “Cold draft beer on tap here.”

Then there is the nervous tick sort of tap. You know the ones; they are constantly tapping their writing devices or have a “Nervous Nelly” sort of leg movement like they have to go to the bathroom.

There is the “improved spirit tap” from a priest on Level 11 in the game ‘World of Warcraft‘.

Tap is also used in conjunction with upcoming events (i.e.: What’s on tap?).

In Tempe, there is a bar called Yucca Tap Room.

Other words that include tap are tapioca, tapeworm, tapas, tapestry, tape, and tappan—to name a few.

Then there is the more sinister Mafioso execution style called a “double tap to the head,” which more often then not calls for a .22 caliber pistol to complete the unholy deed. The small caliber was used for entry, but it was too small to exit, so it would just bounce around.

On the computer, we can tap into vast networks of information.

We can tap dance around topics we don’t like.

We can have a spinal tap.

We can tap into the genius (AKA: our Composer-In-Residence).

I have yet to have an absolute opinion one way or the other on the name Choirtap. Part of me thinks it sounds like the name of a show choir. Really really really great show choirs are tolerable, however they are the exception—not the rule. But then that same belief is equalized by the thought of another musical tap—AKA: Spinal Tap.

So, there it is. With all sides being weighed, I stand right in the middle.

Then of course, we need to think about the carbon footprint that will be the legacy of the word tap. It might be prudent to begin stockpiling both capital and carbon credits for the inevitable legal fight that will happen.

While on this topic, can any of you tell me who invented liquid soap and why? This is a conundrum I have contemplated at length, especially when pressing down on the tap on the top of a liquid soap dispenser. How frustrating it can be at times…

So without further adieu, I welcome you, one and all, to Choirtap.

Soprano in the Spotlight: Carmel Groenwald

This season, we are happy to welcome new singers to the Chorale. To get acquainted…

All About This Bass

This season, we are happy to welcome new singers to the Chorale. To get acquainted…

My Musical Roots by Ryan Downey

My mom has stories that are recycled and retold during family get-togethers. Most of the…