Not minutes after becoming the spring Marketing  & Communications intern, I was informed that our March concert series repertoire consisted of pieces by renowned Irish composer Michael McGlynn – and, not only that, but he was actually coming to Arizona to perform with the Phoenix Chorale during its concerts. As the new intern, I proceeded to do my research on McGlynn to see what all the excitement is about. And what did I find out?

He is one fascinating person:  not only a composer, but also a singer, educator, and founder/director of an incredible Irish choral group, Anúna.

McGlynn was born in Dublin in 1964 (and lives there now) and has done some pretty interesting things throughout his life. He has led numerous workshops and lectures in places all around the world like Spain, Belgium, China, and Poland, among many others. He was the visiting Eminent Scholar of Florida Atlantic University’s Music Department. He was even a guest judge and vocal advisor on Finland’s version of X-Factor. Last summer our Artistic Director, Charles Bruffy, worked with Michael McGlynn at the Anúna International Choral Summer School, which McGlynn had founded the previous summer.

In 1987 he founded choral group Anúna, Ireland’s National Choir. They perform mostly McGlynn’s own material and have traveled all over the world. They’ve collaborated with performers including Elvis Costello and Sting – and even The Wiggles. Recently, they were featured as the “Voices of Hell” in popular video game Diablo III (and I can’t help but picture how interesting “Voices of Hell” would appear on a resume). They’ve also released sixteen albums.

I decided to look into their YouTube channel a bit and found a few videos of Anúna performing some great pieces – many which the Phoenix Chorale is performing next weekend.

The first one I fell in love with was “The Flower of Maherally,” an arrangement of a traditional Irish song from region County Down in Northern Ireland:

“Illumination” is the text from the tombstone of a man named James Galwey at St. Multose Cathedral in Kinsale, Ireland, set to music composed by McGlynn – this one stuck me with for a while:

McGlynn wrote “Pie Jesu” in memory of those who died during the Omagh Bombing that occurred in Northern Ireland in August of 1998:

As you can tell, Anúna is definitely talented. But if that’s not enough of a reason to love them, check out their Facebook page description: 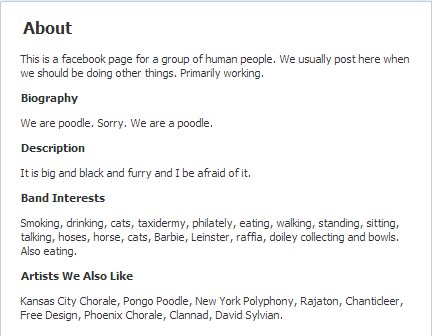 I, for one, could not be more excited for the Phoenix Chorale to collaborate with Michael McGlynn next weekend. Hopefully I’ll see you at one (or all!) of the performances!